Staying up to date with the changes Google makes to its algorithm is imperative if you want to know how they are going to impact your web presence and what you can do so you can avoid any issue.

This world is in constant change at an alarming pace and this is where you will find a few details about the important topics in August. Since Google continues to update its algorithm so it can offer much better results for its users, last month it has focused on the local results .

At the beginning of the month, there were some new influences added to the update made a week before and the local results offered by the queries were significantly different from the ones before.

Some sites will be pinned to the wall in the process

This is called the Pigeon update for now and users have started buzzing over this since it has changed the results of the queries for many different keywords.

Many local vendors have seen an impact on their sites, but Google has not been gracious enough to comment on what has been going on or whether it was a real update or not Every new update made by Google is meant to influence the results in the queries.

Some sites will be pinned to the wall in the process, but there are times when the impact should not be so drastic. After almost two years of such issues, the MetaFilter site has been brought back to its glory this month after the impact of November 2012. There are some updates that do not work as efficiently as they should.

The Google toolbar may be a useful tool you can use when you are surfing the web, but it is going to show you how well your site will rank. Since you want to be kept up to date at all times, an eight-month period of waiting is not going to rise up to your demands. The queries and the results Google offers are based on a few signals the algorithm is going to use to determine the value of a web presence.

In the first half of August Google announced that it is going to use the security of sites as a signal. The ones with HTTPS are going to rank much better, but this update is still in its infancy. There are many people who panic over this and they want to make changes every time Google announces new things, but it is not always the smartest move.

There are many other signals you can focus on when you want to improve your rankings, but this does not mean you should forget about the security offered by your site. Another update made its way just a day or two later on August 8th and many people have seen its impact. This was believed to be a Google Panda refresh because there were some users that saw changes in their rankings back in January and they recovered just now.

This is consistent with the Panda changes made by Google.

One of the main worries the experts had to deal with is the lack of reaction from the public. Most of the time the forums and other sites light up every time a minor change would be made, but this seemed to be quite significant based on its impact. There were only a few that did not take the weekend into account to focus on their sites.

Google Penguin is also one of the updates meant to improve the results offered by the search engines and the last update was in October of last year. This has impacted many sites over the web and they are waiting for a new update for a softer blow, yet Google announced this month that this task is not as easy as many would hope. One of the main reasons why the refresh is not so easy and is not just a simple tweak is because this part of the algorithm needs a “complete data refresh” as they say.

Because the team at Google wants to get things done right from the start, they want to do all the major changes and test it several times because launching it for real. After setting the online community on fire with the call for wait, John Mueller of Google hinted that the update for Penguin is coming really soon.

This happened in the middle of the month, but he assured people that it will not be fully operational that morning. Everyone has been waiting for the update since they have seen the video. Two weeks later, on August 28th, Google has started making a few changes and people have started to vibrate at the sight of the Penguin update.

Even if most people expected it at the middle of the month, Google has started testing a few things concerning the Penguin and they are believed to launch it any time within the next few days. As you can see, the online community is always buzzing over the things that happen when Google is starting to make a few changes and you should be concerned about your fate as well.

If you stay up to date with all the things that happen, you will know what will result out of it and what you need to do to cope with the demands. The interaction is usually made with the help of sites and forums that are aiming to keep you posted about all the changes and to make Google provide all the information needed so the people will get the right idea about what is going on.

You will have to rely on the best sources so you can collect accurate information at all times. If you want to find the source that will deliver more details about all the news in August you have read about here as well as the videos from Google, the site of SE Roundtable will deliver. They also point you to other forums for the discussions other users have been a part of.

“Good practices keep the Google Penguin update away from your website” 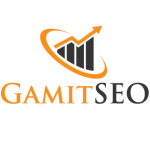 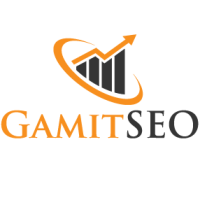 Use the Gamit’s Free SEO Quote to Start Our Collaboration Get a Free SEO Quote

Sign up and receive a 20% discount on your first SEO project. Get the latest SEO News & Google Algorithm Updates notifications.